THE NEW RAW – this is how the research and design studio of an architect duo in the Dutch city Rotterdam is called. Since 2015, the team has been transforming plastic waste into furniture and other objects by using KUKA robots. With this idea, the partners have managed to combine design, technology, and environmental protection.

Plastic waste in the city, on the beach and even in the ocean – unfortunately, this is already normality. Aiming at a reduction of environmental pollution and to create something new out of trash, the two Greek architects Foteini Setaki and Panos Sakkas launched THE NEW RAW in 2015. The idea behind it was to repurpose and extend the life cycle of a long-established raw material. Together, the two founders have converted second-hand bought industrial robots by KUKA so that furniture items, such as park benches and sunloungers, among other objects, can now be 3D printed.

During that process, collected plastic waste is heated and then gets transformed into a new shape.

The THE NEW RAW team of eight to ten people currently works from two sites in Athens and Rotterdam and travels all over Europe for international projects. Fortunately, the robots, connected with extruders, also perfectly work as “travelling units”.

Design and environmental protection in one

Sustainability plays a very special role in the concept of THE NEW RAW. “We believe this is the future,” says Panos Sakkas. To give an example for previous successes, only for the production of their beach furniture “The Elements”, THE NEW RAW has transformed 720 kilograms of plastic waste out of the sea with an additional 20 percent of other plastic elements into beach chairs, changing rooms and footpaths into the water. This 3D printed beach furniture was later installed in five beaches in Greece. At the end of this project, “we’ve managed to bring design and technology into a balance. Also, we made a measurable contribution to the environment,” says Foteini Setaki. “That’s what we’re most proud of.”

3D print campaigns aim to give back to the community

In Amsterdam und Thessaloniki, THE NEW RAW also left remarkable traces. The two architects founded the collaborative project “Print Your City”, where the cooperation with different cities allows all citizens to actively participate. The idea that everyone can contribute their own creativity has generated very positive feedback so far. In this type of project, the focus is clearly on the community: Citizens give their feedback about where to place the new park bench and how to customize it, for example by including a plant pot or bicycle stand. Usually, the furniture elements are integrated in public areas such as squares or parks. “People are proud of what they have created”, explains Foteini Setaki.

Huge freedom through work with robots

The implementation of the idea behind THE NEW RAW succeeds especially because of the work with KUKA robots, the architect states. „We travel with robot units with a sufficient range and a low energy need”, Foteini Setaki adds. The high reliability of the machines not only prevents unforeseen technical problems, but also offers a great deal of creative freedom.

“We can print whatever comes to our mind,” Foteini Setaki says enthusiastically. “Sometimes it’s more of a difficulty to explore the limits of this technology because we have so many options.” The production time can vary, depending on the nature of the material and the geometry of the element to be printed. Usually, the total duration is between three and twelve hours, depending on the design.

About small flaws and new projects

However, the fact that small errors can occur while printing – due to working with recycled plastic – confronts the team with a challenge. For example, if the material receives too little moisture or the mechanical pressure drops for a brief moment in the production process, gaps or other imperfections can appear in the final result. “We have to find design solutions that give a little tolerance to small defects. But in our opinion, these small mistakes add even more beauty and uniqueness to our products,” Foteini Setaki elaborates.

Modern technologies around automation, digitization and networking support us in our work, make processes leaner and simplify our everyday lives – but can they also contribute to greater sustainability? Find out everything you need to know in our three-part focus on sustainability. 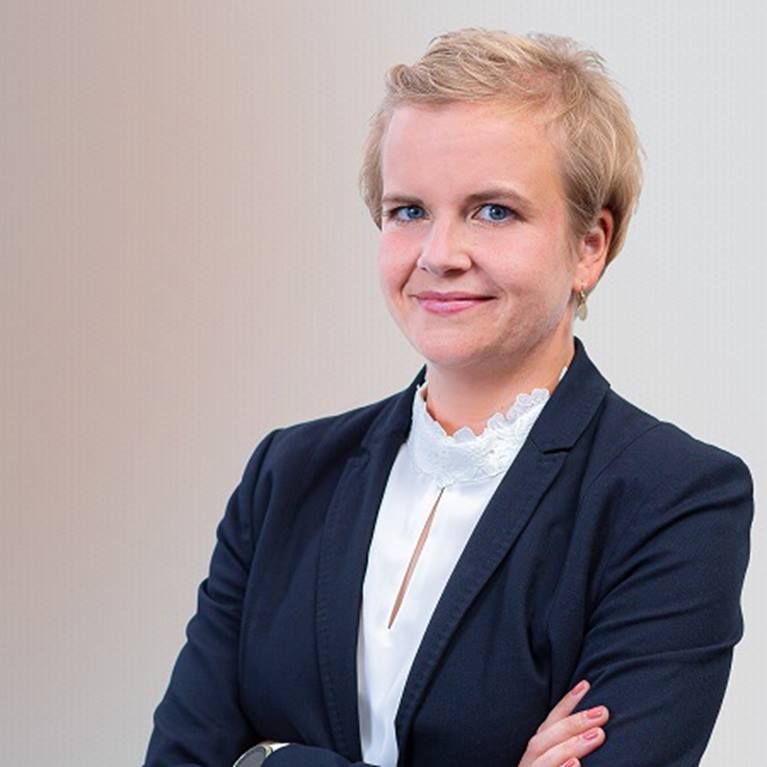 The Corona pandemic has accelerated digitization in B2B sales.