At up to two meters per second, the KMP 600-S diffDrive mobile platform from KUKA is not only fast, but also meets the highest safety requirements thanks to laser scanners and 3D object detection. The automated guided vehicle system thus takes industrial intralogistics to a new level.

Mobile freedom thanks to AGVs: materials handling in dynamic environments

The KUKA Mobile Platform KMP 600-S diffDrive opens up new avenues and more flexibility for production intralogistics. The KMP 600-S diffDrive provides support as an automated guided vehicle (AGV) with a payload of up to 600 kilograms.  It also enables maximum freedom of movement for employees since it does not require safety fencing. A laser scanner in the main direction of motion monitors the area in front of the platform. Optionally, the AGV can be equipped with a second scanner at the rear for high speeds during backward motion when cycle times require it.

The HRC-capable vehicle can be used flexibly and safely in the work environment of human operators.

Whether as industrial trucks over long distances, deployed as AGV assembly systems or for materials handling in the foodstuffs industry: AGVs from KUKA carry out many applications.

What advantages do the AGVs offer for in-house logistics?

AGVs bring required goods and raw materials fully automatically to the right place at the right time. They take on physically demanding transportation tasks and are able to share passageways with human operators and conventional industrial trucks thanks to their comprehensive safety technology. Through the use of camera-based 3D object detection, they integrate seamlessly into existing production environments. The KMP 600-S diffDrive can also be expanded with 3D object detection. This allows the AGV to autonomously detect obstacles that are between 30 millimeters and four meters above the ground. At the same time, the KMP 600-S diffDrive is ideally equipped for the tough everyday environment of industrial production: its IP 54 design protects it from such things as water spray and dust. 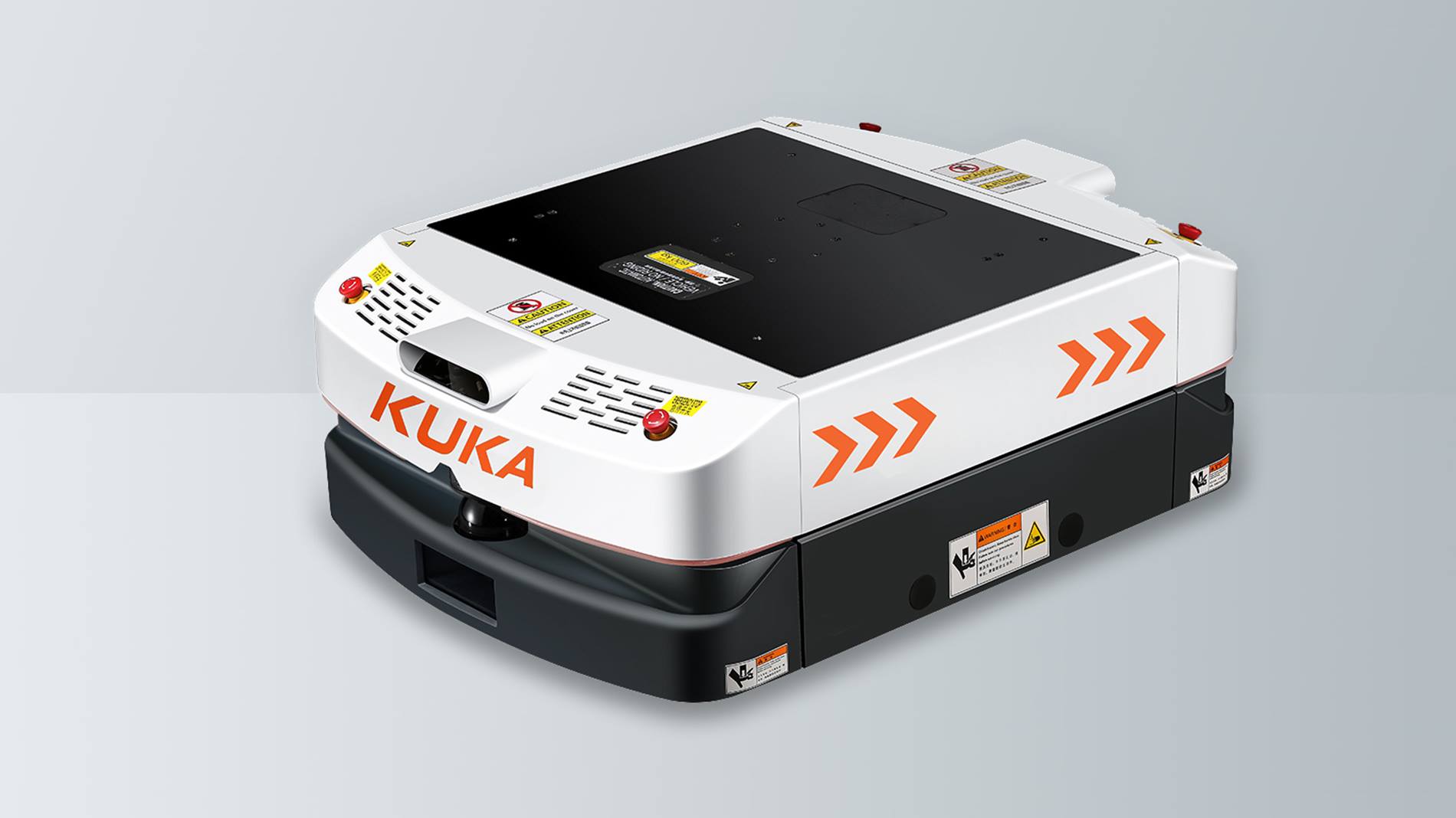 Applications can be programmed using JAVA. In order for KUKA’s intelligent, autonomous vehicles to optimally support in-house material flows, they must first be initially taught. The KMP 600-S diffDrive is commissioned quickly and easily via a wireless controller. Maintenance is just as easy as start-up: Access to AGV components, such as rollers, laser scanners and service interfaces, is possible without tools – for inspection, firmware updates, calibration and repairs.

KUKA.NavigationSolution: the flexible solution for your automated guided vehicle systems

The KMP 600-S diffDrive comes with an ideal partner, which plays to its strengths perfectly in autonomously navigating vehicles: KUKA.NavigationSolution. The software solution with the smart SLAM algorithm (Simultaneous Localization and Mapping) creates a map of the surroundings. It is thus able to take over the localization in space (on the vehicle itself) as well as the coordination of all the automated guided vehicles (on a central computer). Using information such as distance and speed, the fleet manager determines the best route on the network of paths. The software covers all requirements in the field of mobility.

Learn more about the software now!

Autonomous, omnidirectional and flexible: the KMP 1500 will make your production concepts mobile and ready for Industrie 4.0.

Extremely strong: the KUKA omniMove is the perfect mobile platform to transport the heaviest of components.

The KUKA Triple Lift is made for working at heights: the lift platform can reach a height of up to eight meters.

The navigation solution for collision-free, autonomous vehicles is extremely safe. Read more about the system.

This drive technology is based on the Mecanum wheel and gives your vehicle unlimited maneuverability through omnidirectional movements.
Cookie settings OK and discover KUKA