The art of brewing at the highest level: palletizing of beer crates

Small but excellent – that’s the motto of the Christian Fiedler private brewery from the Saxon village of Oberscheibe. With 18 employees, this family business follows the time-honored art of German brewing to produce successful premium beers. To make the work easier, a KUKA robot palletizes heavy beer crates.

“The wise man is ahead of his times. The smart man walks with them. The cunning man exploits them. The fool opposes them.” The words “Saying of the Week” appear above this bit of wisdom, wrapped in transparent film at the entrance to the Christian Fiedler private brewery. Yet here in the tranquil Saxony village of Oberscheibe in the Ore Mountains, time seems to have stood still. Surrounded by nature, the brewery operates behind walls built two centuries ago. The location would be utterly secluded if it were not for this small but bustling family brewery and the 101 German federal highway that connects Berlin to the city of Aue.

A sense of tradition with an eye to the future

In the areas for incoming and outgoing goods, a 5-axis KUKA KR 180 PA robot from the QUANTEC series uses its Fiedler-green arms to load and unload entire layers of beer crates, with both full and empty bottles. “It relieves us from a large amount of physically demanding labor, and simultaneously provides new opportunities for our skilled employees to do more rewarding, less exhausting work in other areas.” In times of increasing labor shortages in the brewing industry, the brewer noted, this cannot be valued highly enough. “Glück auf!” – meaning “good luck” – is what they say here, in the old mining tradition. “Luck belongs to the diligent,” stated Christian Fiedler confidently.

On course for automation

In the brewing sector, as in the overall beverage industry, keeping up with the times always means automation. This is the specialty of Till Beyer and Beyer Maschinenbau GmbH from Roßwein: a family business like Fiedler, with roots that go back to 1862. In house, Beyer builds palletizing, packaging and conveyor equipment, as well as complete systems with a focus on beverage technology and the food sector. Beyer also delivers, commissions and services these custom-fit solutions, with integrated robotics when necessary.

“We held our initial talks with Fiedler about automated bottle palletizing back in 2005,” recalled Till Beyer. At the time, Fielder had other priorities and put the palletizing system investment on hold. “That’s just how small and medium-sized enterprises are. We as machine builders and integrators simply have to be a bit patient there.” In 2018, the day finally arrived: at Fiedler, a robot would take over the physically challenges of palletizing and depalletizing from then on.

A 5-axis KUKA KR QUANTEC PA robot – a multi-talent of modular design able to move payloads of up to 180 kg – provides the underlying technology at Fiedler. The robot uses its gripper to pick up as many as four beer crates at a time. It lifts incoming empties from the pallet onto the conveyor and takes beverage crates from the filling line off the roller conveyor, placing them directly onto pallets. Each europallet can hold 800 bottles in 40 crates. A forklift transports europallets from the palletizing system to the outgoing warehouse or directly onto a truck.

Investing in the future

Automation solutions are the personal passion of Thomas Fiedler, the son of Christian Fiedler. This fifth-generation master brewer joined the family business in 1999 and has been deeply involved in all technical matters. “We know that we need to invest continuously so we stay at the cutting edge of technology,” said Thomas Fiedler. With every high-tech implementation, including the use of robots, he always wants to begin with a full understanding of the solution and then implement it consistently as a complete package.

“Half measures are out of the question for me.” Thomas Fiedler also noted that many SMEs in his industry remain afraid of automation. “That does not have to be the case at all. Automation is fun.” He stressed that with Till Beyer, he found a very good sparring partner who knew exactly what was important in the beverage industry – and who also understood local conditions and spatial constraints.

Space was a special problem at Fiedler because of the brewery's historic walls. “We are at our limit in terms of the spatial capacity of our site. We only can expand if we optimize our available space,” said Thomas Fiedler. This also meant that integrating the robot cell required extensive custom work. “We had just 4x5 meters available for the palletizing system – and we also needed space for the passage to the filling station to move europallets past the robot enclosure here,” Fiedler said as he described the challenging conditions. Nonetheless, “We got it done,” he stated happily.

Brewery robotics is not rocket science

Brewers are concerned with more than the physical integration of automation. Digital integration into current processes also must be as easy as possible. “The software provides the basis for this,” noted Till Beyer. As the interface between the robot and the machine controller, KUKA.PLC mxAutomation enables simple start-up, programming and diagnosis of every KUKA robot via the PLC – through a user-friendly process that doesn't require special robot programming knowledge. Nearly all functions of the robot controllers can be executed via PLC. KUKA.PLC mxAutomation also offers robot libraries for all common PLC controllers on the market.

Father and son are convinced of their private brewery’s course towards automation. “It lays the groundwork for the consistently high quality of our premium beers. The future is brighter for us than in the ruinous price war that has gripped many sectors of the beer market,” Thomas Fiedler affirmed. His father, Christian, also enjoys the innovations involved in the brewing process: “I hear bangs and hisses in every corner when I come into the brewery early in the morning,” he said with a wink. “From the automated brewhouse to the automated filling system and on to the palletizing robot – everything contributes to the reliable, consistent high quality of our beers. This is what sets us apart and ultimately also makes the difference in terms of competition. Our beer simply must taste good, period. We make no compromises on that.”

At the end of 2022, Christian Fiedler wants to put the brewery’s business entirely in the hands of his son, Thomas. He is highly motivated. “The next thing we’re going to do is modernize the keg filling.” Demand is high, he said, and he wants this situation to remain unchanged. After all, his daughter Vanessa is just beginning her training as a master brewer, so the sixth generation is already in the starting blocks. The history of Fiedler – a company tucked in the Ore Mountains and steeped in tradition – is far from over. Well, then: Glück auf – Good luck!

Automation lays the groundwork for the consistently high quality of our premium beers. The future is brighter for us than in the ruinous price war that has gripped many sectors of the beer market.

We will be happy to advise you and find the right solution together.

Send non-binding request
Food processing can be tedious under certain conditions, such as stacking heavy crates of beer. Therefore, more and more people are looking for jobs with a lower risk of illness and injury. As a result, a gap is created due to a lack of workers. 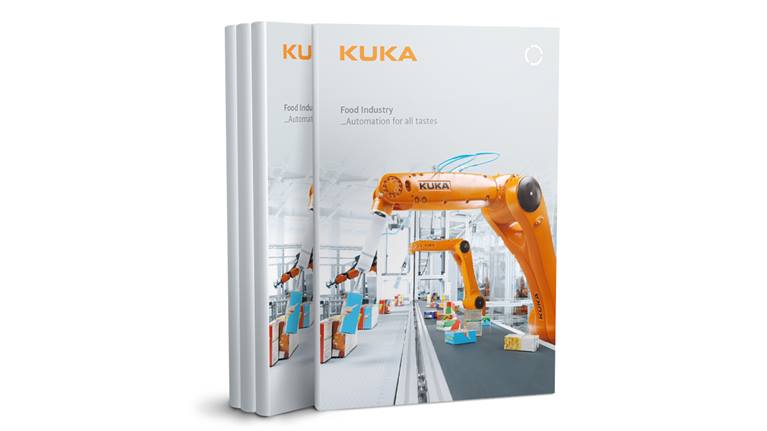 Read how KUKA's automation solutions can address the problem of labour shortages.

Find the right partner for your industry or specific challenge here.

Further information about the palletizing of food products

Find out why the KR QUANTEC PA is the fastest, strongest and most precise palletizer on the market.

KUKA offers palletizing robots of all sizes for a wide range of palletizing tasks. Discover our versatile portfolio.